Another great read from UX mag, talking about the pitfalls of the design process as it relates to the UX side.

The article provides great insight and covers mistakes we should keep in mind. We have the ability to learn from the mistakes of others, but are we big enough to do that?

Over the years I haven't seen many failures in terms of projects not being completed and being shipped to users, but I have seen a lot of people ship things that could have been so much more, with little to no extra effort.

In IBM i terms it seems that crossing the chasm in between the code and the layout, is the big issue.

I've never met an RPG guy/girl what can't make the IBM i do what they need it to. Skill in my opinion, is a non-issue here. Attitude, now there is a challenge

Over the years I have met some different types of characters I'll try and put some boxes around them (though that seems a bit of a blunt tool): 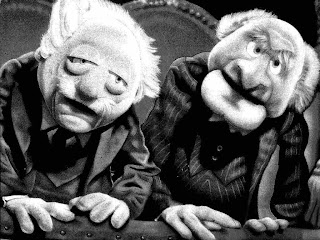 These people can code well, but will resist any change and will not see that there is a world beyond 5250. While I am happy for any dev to code in the tool of their choice (in the wider community of devs some great code gets built in notepad - albeit I'd hate to see how it gets debugged), you have to give the user an interface that is both familiar, efficient and relevant to the form factor, before you even think of added value, 5250 cannot be that for many people today. Yep a Hotel entry clerk can be faster using 5250 keyboard buffering but thats about it. Which can be argued that they do not need any UI and even 5250 is slowing them down. For the majority of the world today even a more intensive data entry graphical UI  will be faster, quicker to learn and more integrated. I've explained the cold hard facts for years to people like this who just will not take fact over what they believe. Thankfully there are not too many of these people today.

Yeah OK I said it, perhaps its not politically correct but we all know of people just waiting out for the gold watch, no risks, no change, they just don't care or have passion for the company or platform any more. The worst part is, it's not about age, see below. 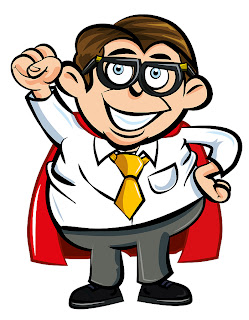 I've met many an RPG dude in my time but one stands out by a mile. His name is Mike, he codes RPG and he is my hero!

I was training a new ISV back in 2007 and while going through the training we talked through ideas to take the app 'to the next level'.

I worked with one of the managers to redesign the menus from a tree style structure (which remained) to a single menu, which had everything the users needed as a starting point for the day.

Most used menu options, common searches, reports etc. During this time Mike didn't get overly involved as he said "I'm an RPG guy" but once the design was thought through Mike took a look, pulled one of those faces you see on any experienced engineers face, that says they have it figured - he shrugged and walked off. That was 4:30pm day 3. 8:30am day 4, Mike says casually "Will this do?", he proceeded to show us the 5250 that would be the basis for the UI (just using 5250 at the time to be a transport stream). He had nailed it straight away. All the code was hooked in behind it, it was ready to go, and again he shrugged and walked away. I don't know Mike's age but he must be in his fifties, he has a good job with a great company. But the key factor for me and why he is my hero is, he looks at problems with a can do attitude and he's certainly not coasting.

I'm not sure Mike wants to do GUI (though I'd give my right arm to teach him that) but he could do it and he understands that customers need it. He doesn't see it as a threat he just works with people that can do 'the other bits'.

Lastly, Mike (and thats his real name) would probably smile if he saw this but be slightly embarrassed if someone mentioned it, he just wants to create applications.

I've met many RPG dudes in my time in many countries, many of which were not great UI guys but with that 'can do' attitude nothing is impossible.

This guy can code anything you need in RPG but feels left behind by the tools, UI and other form factor of today. It's not hard to see why it's a moving target and it feels like such a big change. This guy I feel for the most I have seen and talked to many people about this who see a vast chasm in between where they are and the modern app design world. Personally I don't see the gap as so big and I can see the steps to accomplish this.

1) Understand there is a gap, but challenge and change stretch you to the limits, and you may find it brings out the best in you.

2) Break the gaps into steps

a) Languages / markup - today HTML is a great skill to learn just don't do it when you have a project that requires it, take your time take some classes (there are some fab online ones from lynda.com) learn it then use it!

b) UI design - This is a technical subject any developer can be pretty good at. You may never be a specialist but a good general understanding will transform your applications.

3) Understand that UI is not graphic design, picking colors and drawing pictures is not about aesthetic and thats an area as a developer you should probably avoid.

Grab a book or two, watch some videos and most of all enjoy it!

P.S. If you are an RPG dude or RPG Feels left out - let me state fact.

You can learn to be a great UI Dude. You will almost certainly not be a designer dealing with choosing color schemes but the functional UI and UX are technical subjects you are well adapted for. If you want to learn I can show you the way, just leave a comment.

So why should you do this?

Well, your apps will be easier for your users to learn and use, and they will add genuine business value to your company. The front end UI will match the quality of the back end code, database and platform - go RPG, Go IBM i, Go UI!

So grab that coffee, tea or any beverage you like really, and lets get started with the two useful articles above.